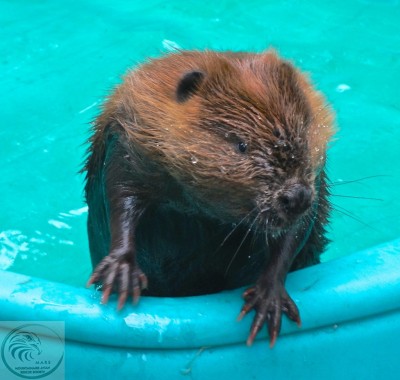 This beaver was found on a beach, appearing very sick. The iconic Canadian symbol had ended up in the ocean and ingested a lot of sea-water. Being unable to excrete so much salt made him very ill. Without rescue he would have likely died. He was given lots of fluids by sub-Q and orally. After a few days he perked up and began eating. A favourite snack was yams! We put him in an outside pen with a kiddy pool to swim in and a crate to sleep in. After ten days he was released in a beautiful spot, inland from where he was found.