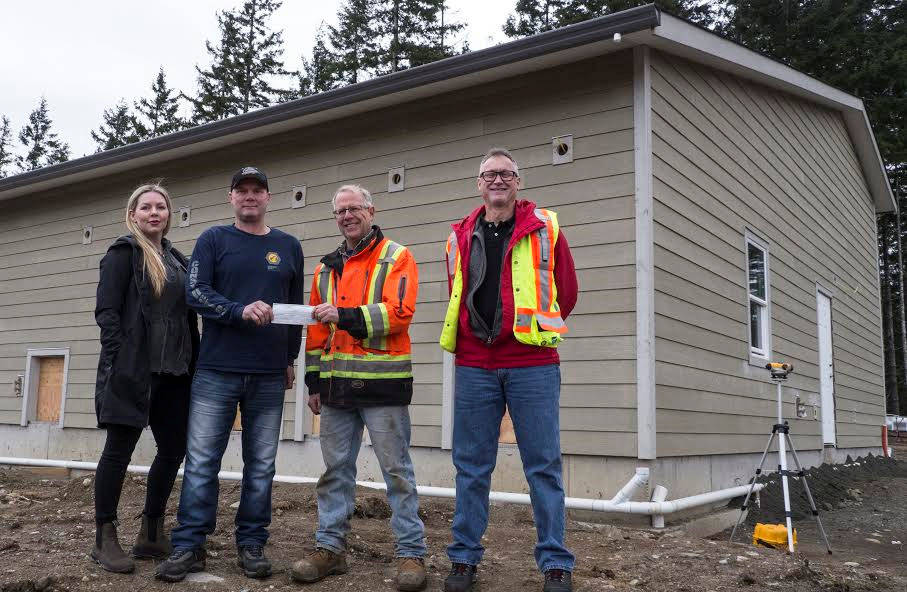 When BP2 Construction was awarded the contract to build the new MARS wildlife hospital it closed a circle for Barry Page that began many years earlier.  As a young boy, Page would ‘hang out’ with his friends who lived next door to the ‘old’ MARS site where he would watch founder Mary Jane “Maj” Birch rescue and rehabilitate sick, injured and orphaned wildlife.  Her way of looking after the birds and animals left an impression that would come full circle with the building of the hospital.

Barry Page and his spouse Brandy Purcell together own and manage BP2 Construction which is based on Quadra Island, a small island off the east coast of Vancouver Island opposite Campbell River.  The company builds residential houses and commercial buildings across the northern half of Vancouver Island.

Purcell trained as a photographer and as a laser medical technician, and now helps manage the business.  Her videos of the new MARS wildlife hospital taken from a drone equipped with a camera have attracted much attention on social media.  Page grew up in the construction industry. He worked with his father in a lumber yard and later building houses.

Purcell and Page are donating $20,000 – the labour cost to build the hospital – to help MARS realize the dream of its founder.

“I watched Maj really care for the birds and animals she looked after,” said Page. “And now with this new hospital MARS will be able to continue caring for wildlife. I am glad Brandy and I can help make this happen.”

Construction on the wildlife hospital has been progressing quickly. MARS caregivers will begin receiving patients in late May when MARS officially makes the move to the new site.