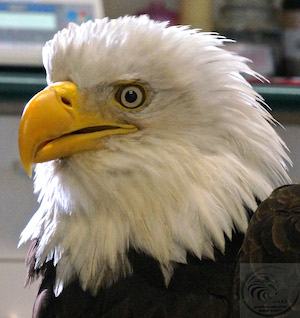 On November 14th we were called about a sick or injured eagle found on a homeowners property. Upon our arrival the bird looked as though it might be dead but when Reg approached she jumped up to defend herself. This eagle was very large and in very good body condition but also very sick. From what we don’t know. We provided our best supportive care and hoped for a good outcome. Four days later she was on her feet! Recovery progressed quickly after that and on November 28th we had the immense pleasure of releasing her back to her home. We were told by the homeowners that her mate was there every day looking for her. A very happy ending!