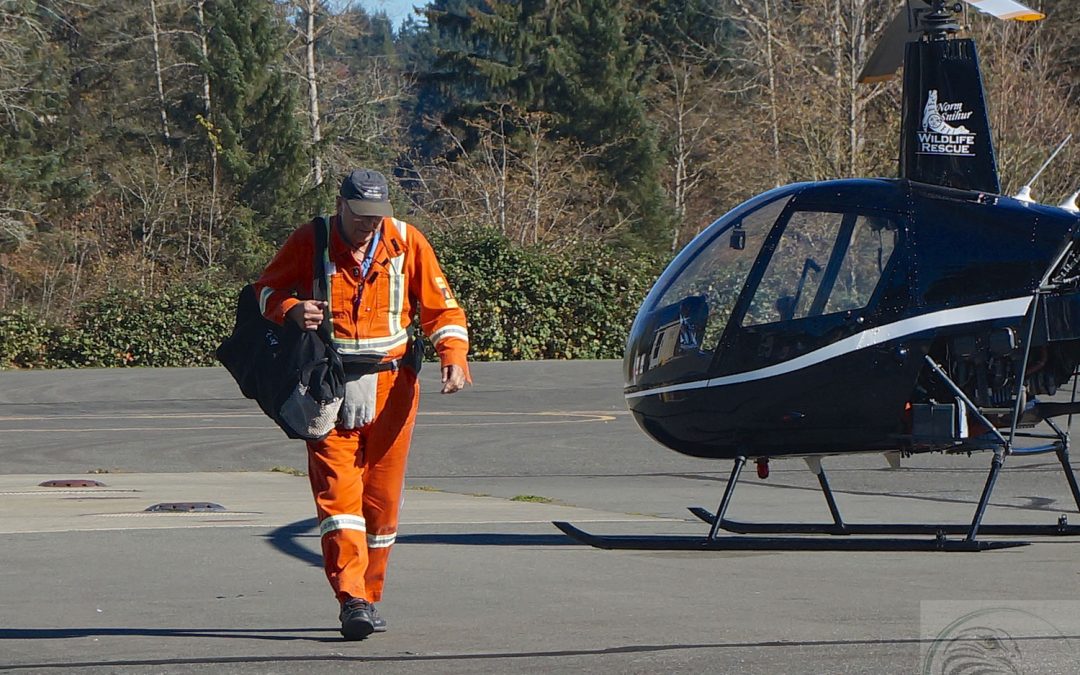 Norm Snihur, a helicopter owner and pilot, is a volunteer wildlife ambulance driver on Vancouver Island, British Columbia. When the former Air Canada pilot retired to the Comox Valley he became a wildlife volunteer and quickly saw the need for air transport. He purchased a helicopter for wildlife hospital transfers and for remote rescues.

As a volunteer, Norm has made close to 6,000 flights carrying injured birds and animals to specialized wildlife care facilities on Vancouver Island and in the British Columbia Lower Mainland.

“I enjoy flying and being able to help wildlife,” says Norm, who flies for 10 wildlife rescue centres on the west coast that make up the Wildlife Rescue Network (WRN).

One of his most memorable passengers was a rhinoceros auklet, a close relative of the puffin, found in poor condition in a bay north of Campbell River despite having no obvious injuries. Once the seabird was stabilized and x-rays by a Comox Valley veterinarian confirmed there were no impact injuries or broken bones, the decision was made to seek more specialized care at the Wildlife Rescue Association hospital in Burnaby. If the rhinoceros auklet was to survive it had to be moved quickly so Norm volunteered to be the ambulance driver in his helicopter. Hydrating and feeding the auklet seemed to do the trick and when it was time to discharge the seabird, Norm made a second flight to bring it home. Experience shows the best outcomes happen when wildlife is released close to home.

“Norm provides an amazing service with his helicopter for wildlife centres up and down the island,” said Reg Westcott, MARS wildlife care supervisor. “He transports birds and animals to hospitals best suited to their needs. And he’s been doing it for a long time.” 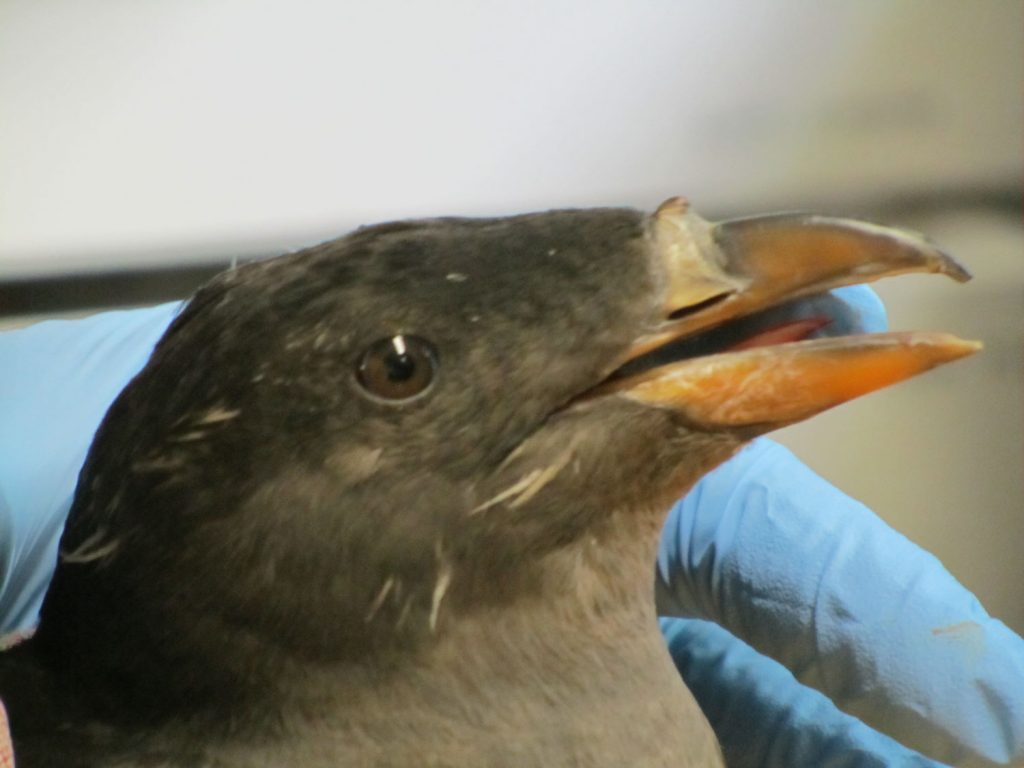 “Norm provides an amazing service with his helicopter for wildlife centres up and down the island,”