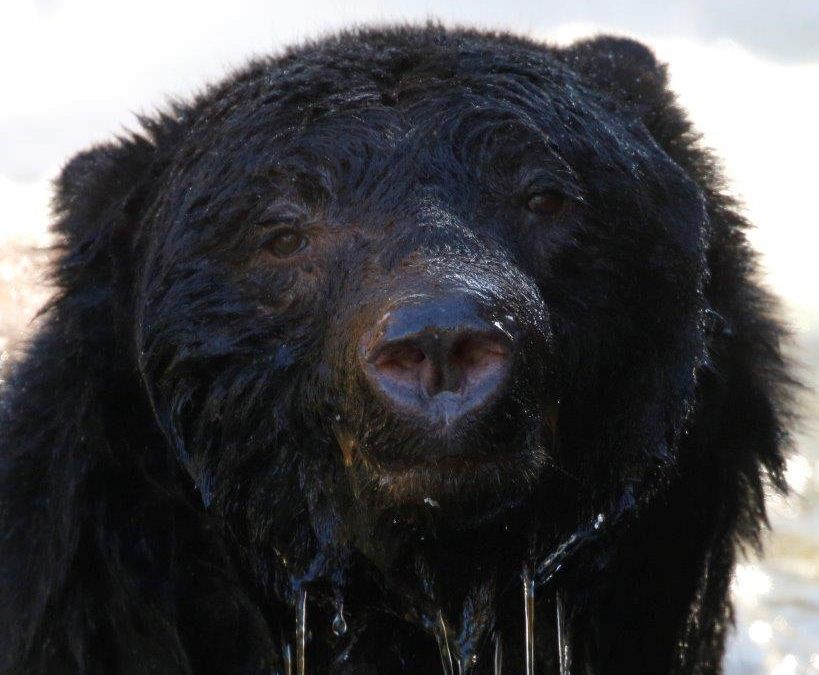 Late summer is a time when orchards are full of ripening fruits and when wildlife is beginning to build up their fat reserves for hibernation in the coming winter months. This is also when there is an increase in the number of sightings and confrontations between humans and large mammals that can present a danger, and certainly become a nuisance. This year has seen an increase in calls to M.A.R.S. requesting help in rescuing fledging birds and baby mammals. In the last few weeks the center has received or rescued five eaglets that appeared to have either fledged or were pushed from the nest. The reason why these birds left the nest prematurely is not clear but it seems that more people are aware and watching the eagle trees and nests and in some cases are providing food for the eaglets on the ground. 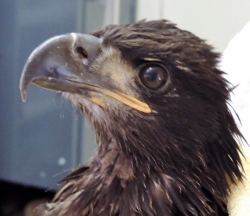 Usually if a young eaglet falls or is pushed out of the nest the parents will feed them on the ground, but if the adults are interrupted by humans or the brush is too dense, they will often abandon the young. Feeding wildlife either in backyards or in their natural habitat appears to be causing some concern; it is also against the Wildlife Acts. If we leave nature to its own balance it will naturally cull weak or sick birds and animals but by feeding wildlife we are interrupting this natural process. Another area that reflects this change of nature’s balance is in the decline of one species and the increase in another; a perfect example of this seems to be the smaller numbers of fawns this year and the emergence of more cougars.

In the next several weeks the large mammals, bears and cougars, will be out foraging on fruit and small mammals and there are sure to be encounters between wildlife and humans. Black bears are mainly vegetarian, eating fruits and berries but also dining on salmon. Cougars are meat eaters, mainly dining on deer, rabbits and racoons but will also eat sheep or other young farm animals. Bears are very resourceful and surprisingly agile climbers and are readily attracted to garbage cans. Large clawed front feet enable them to pry off lids and doors, following their acute sense of smell to locate the food source. To prevent bears becoming a nuisance, which will often require them to be trapped and relocated or sadly, destroyed, we urge homeowners to make sure all food is safely stored and garbage cans firmly shut with a “bear proof” lid. Cougars are solitary, elusive and mysterious creatures that command a large territory. Unlike the bears, cougars stalk their prey before attacking or, being proficient climbers, they will wait up in the tree and ambush the unsuspecting prey, jumping down from a height of up to sixty feet. Urban areas are continuing to grow in both the Comox Valley and Campbell River; this means that the local wildlife populations are also being squeezed into smaller spaces, providing easy hunting grounds for the predators. Each year the local B.C. and national environmental agencies put out guidelines on how to protect against a bear or cougar attack.

Fall is a wonderful time to enjoy our outdoor wilderness, make sure you are well equipped in case of emergency encounters with wildlife and please do not feed the birds or animals, each species has unique dietary needs and offering the wrong food can be fatal to them. Please call M.A.R.S. before intervening or attempting to rescue any young wildlife, often they are still under parental guidance and the adults will take care of the problem. To report injured wildlife please call our emergency pager at 1-800-304-9968  and leave a detailed message, including your contact information, or 250-337-2021 for non-emergencies.