A homing pigeon veered off course in a race in Japan and ended up on Vancouver Island.

A Japanese racing pigeon truly went the distance, after he overshot a 1,000-kilometre race in his native country and instead traveled across the Pacific Ocean and ended up on Vancouver Island.

The remarkable bird was tracked back to Japan, where he was released May 10 in the northern province of Hokkaido to take part in a local race.

The one-year-old bird was set to compete along with 8,000 other pigeons in his native land, but instead was discovered on June 6 at Canadian Forces Base Comox near Courtenay, B.C. 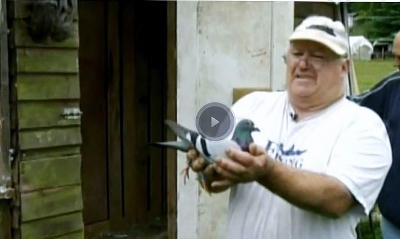