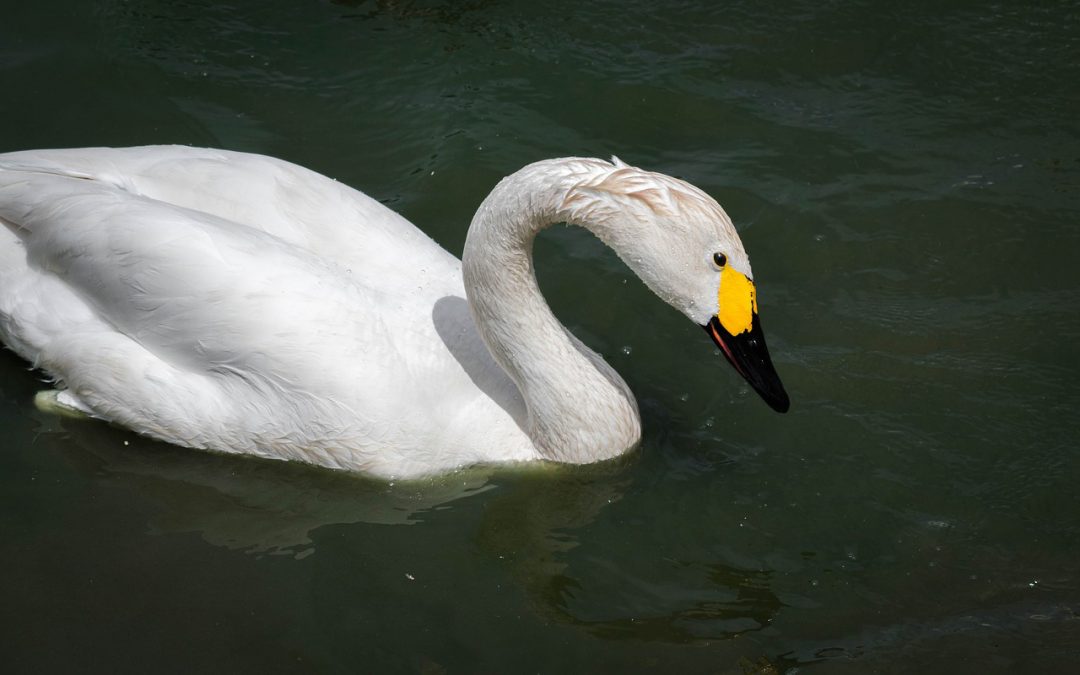 MARS Supervisor of wildlife care, Reg Westcott, got more than his feet wet rescuing a weak and injured trumpeter swan from a pond on the edge of Comox Lake on Vancouver Island, BC. A concerned local resident had called MARS and reported seeing an injured swan struggling in a nearby ditch. When Reg and two volunteers arrived, a search of the area turned up the swan in a marsh area adjacent to the lake. Reg waded in, cold water up to his waist, and retrieved the docile emaciated swan. It was weak and had a severe laceration to its neck, and another on its webbed foot which may have been caused by barbed wire.

The swan was treated for emaciation and taken to Sunrise Veterinary Clinic in the town of Comox where the neck wound was cleaned and stitched. Two weeks later the foot was checked and the stitches were removed from the neck.

The moment of truth

The recovered swan, without having had a flight test, was driven to a large local field where large numbers of swans regularly rest and feed.

“We didn’t know if it could fly because swans require a long run-off to take flight and we couldn’t test it” said Westcott. Volunteers encouraged the swan to take flight and fly it did, up and around a several kilometre long path above the bevy of swans before it touched down.

“When the swans return, our caseload increases,” says Warren Warttig, MARS Wildlife Rescue Centre president. “Some are in distress; others are injured from hitting wires or being struck by vehicles.”

Trumpeter swans and tundra swans are annual visitors to Vancouver Island after a long flight from the far north. About half the worldwide population of trumpeter swans, estimated at 10,000, winter along the southwest coast of British Columbia. 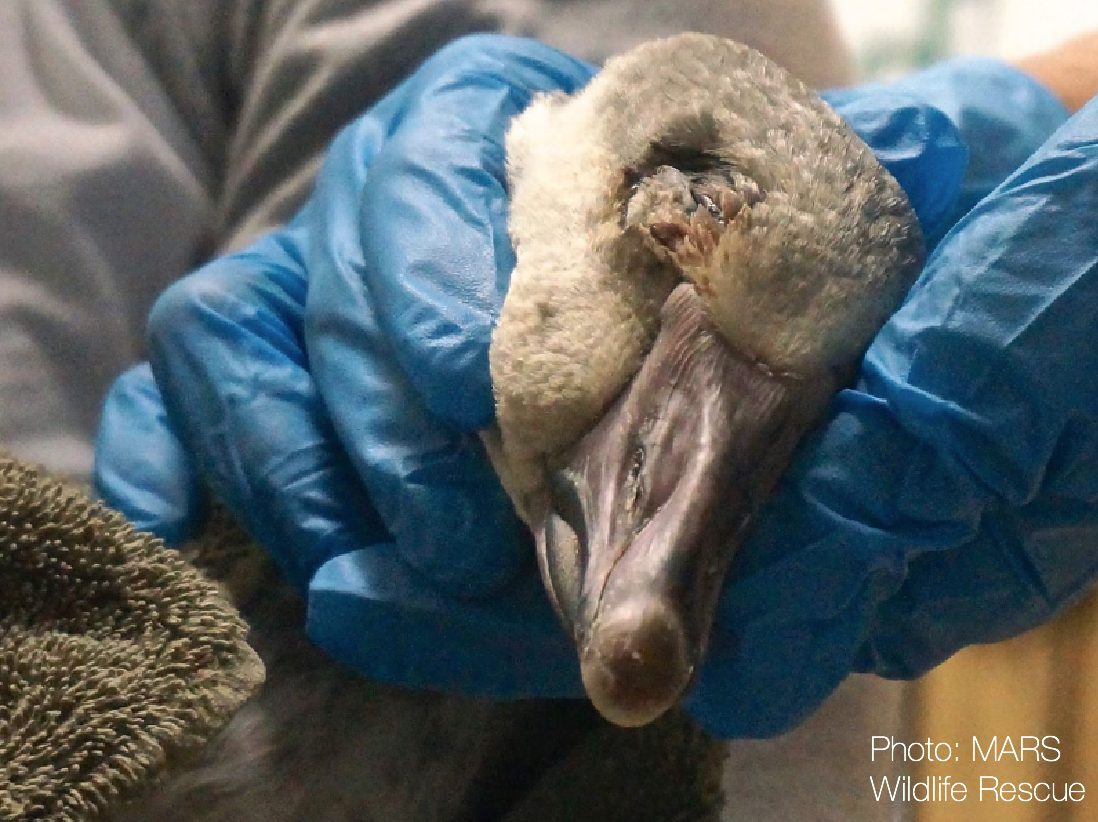