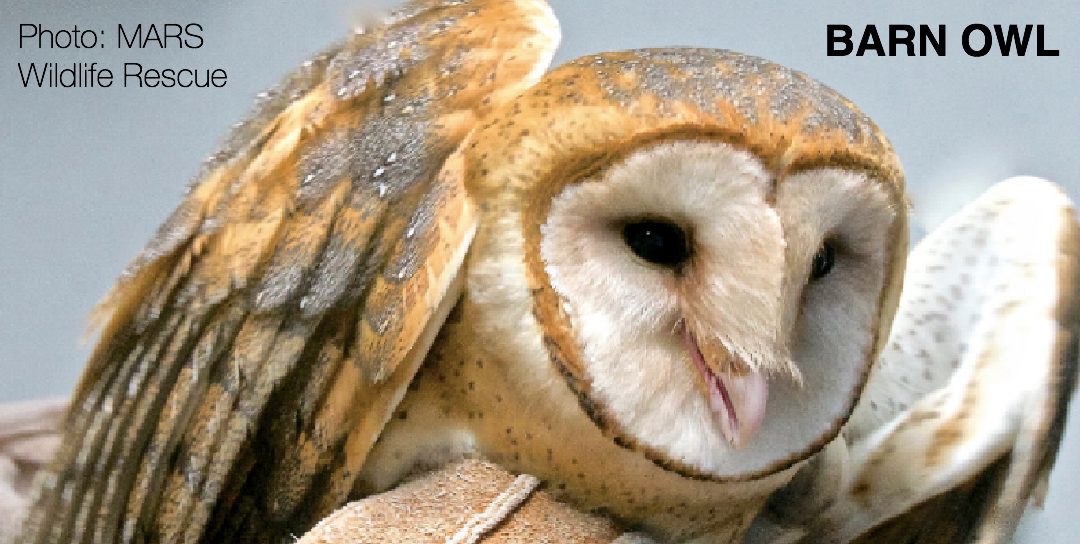 Nocturnal British Columbia Barn owls are seldom seen and are never on the ground in the daytime unless something is terribly wrong. A local resident walking her dog in the Comox Valley on Vancouver Island noticed a Barn owl sitting on the side of the road in broad daylight and knew something was amiss.

The Barn owl is a shy bird and normally would be found high on a perch out of sight during the day. The quick-thinking dog walker also knew to call MARS Wildlife Rescue Centre. By the time the volunteer wildlife rescue team arrived however the Barn owl had disappeared. A hurried search took place as concerns grew that the owl may have been taken by a predator during the delay.

Finally an observant volunteer spotted the owl a metre up a willow tree hidden behind a thick blackberry bush for cover. It put up little resistance.

“It was very weak and emaciated. There was a foot of snow on the ground and hunting for mice would have been difficult if not impossible,” said Jo, a volunteer. “Barn owls are ambush hunters and fully nocturnal so are seldom seen though common in the Comox Valley,” she said.

Back at MARS Wildlife Rescue, the Barn owl received liquid food twice daily and within a few days it was eating several mice a day and putting on lots of weight.

“The owl was 400 grams when we rescued it and weighed 600 grams after a short time,” said Jo. With the weight gain and with no injuries the owl’s release was just days away as the snow was melting and food would be more readily available.

Despite worldwide distribution, Barn owls are declining in parts of their range due to habitat loss. They require large open areas — grasslands, marshlands and agricultural land. 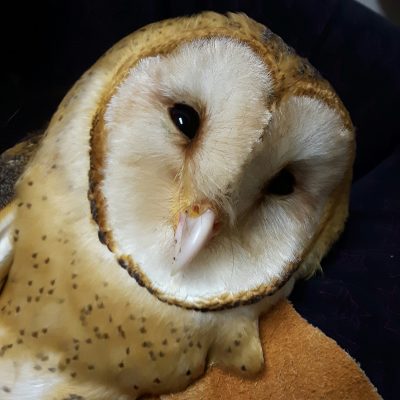 “The owl was very weak and emaciated. There was a foot of snow on the ground and hunting for mice would have been difficult, if not impossible…”